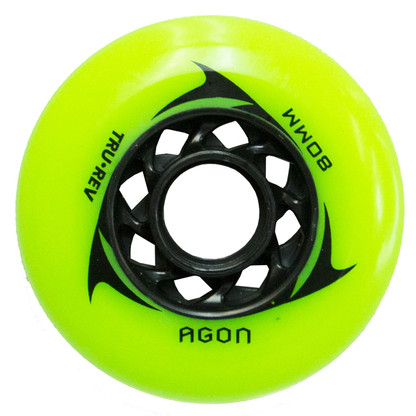 Named after Agon, the statue of a god in ancient Olympia, this wheel is packed with strength and might! Be prepared to compete with the verocity of the ancient Olympic athletes... Harness your inner Olympian with Agon!

* TruRev spends considerable time on Research and Development to achieve optimum inline skate wheels. We have an advisory board consisting of indoor and outdoor national and world champions, coaches and speed skaters for testing and advice.

This product hasn't received any reviews yet. Be the first to review this product!